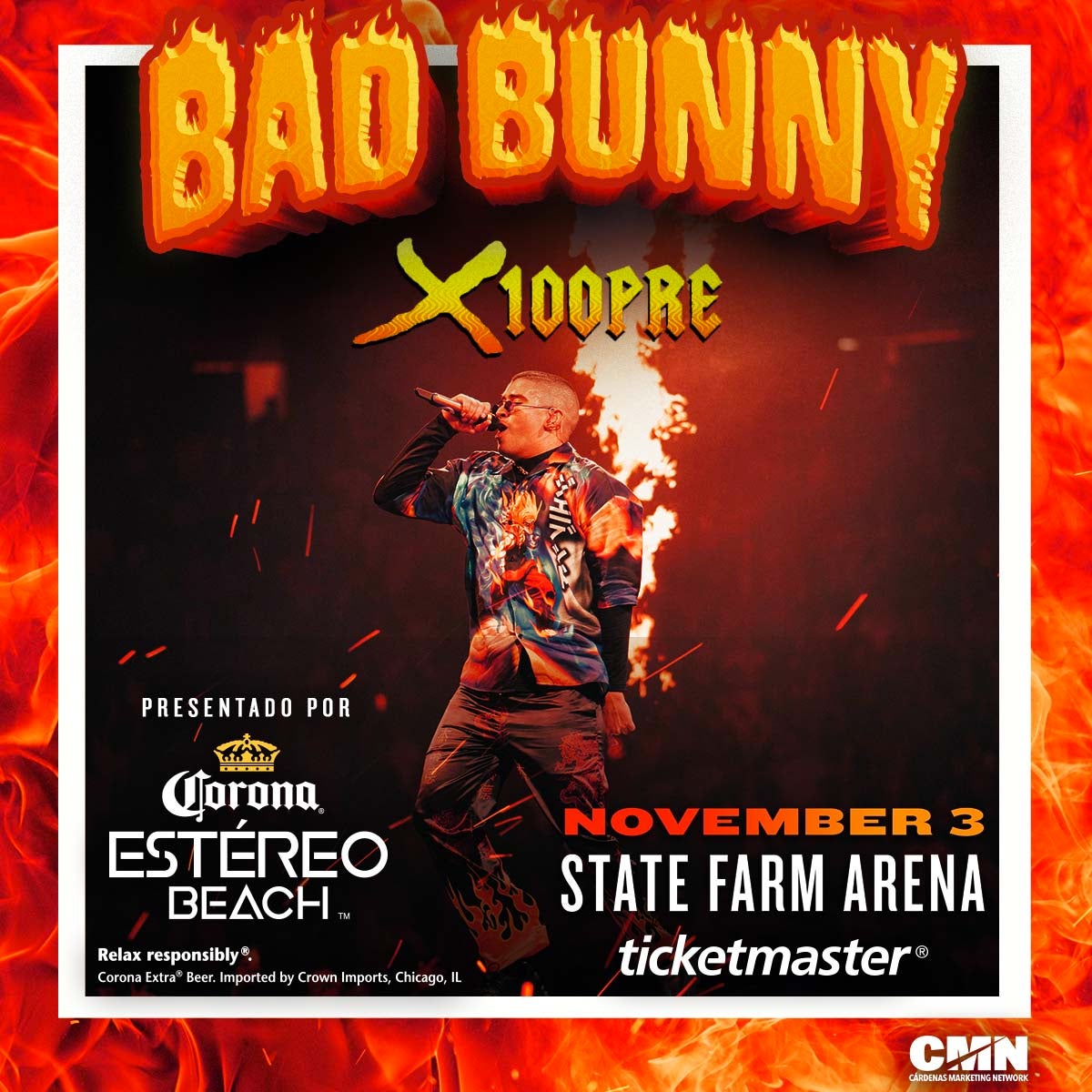 On the heels of his highly-successful tour, GRAMMY-nominated rapper-songwriter and Latin music’s “King of Trap,” Bad Bunny is coming to Atlanta with the X100PRE Tour Presented by Corona Estéreo Beach.

The vibrant concert atmosphere will offer exclusive access to custom Corona branded experiences for fans across the country, while immersing music lovers in the carefree Corona lifestyle.

For Bad Bunny, this achievement serves as a testimony of his great talent and unique musical vision. In recent years, the artist has clearly demonstrated his professional growth - managing to transcend boundaries with his music, constantly innovating and expanding the high quality of his productions and creating new trends that have redefined the concepts of urban music.