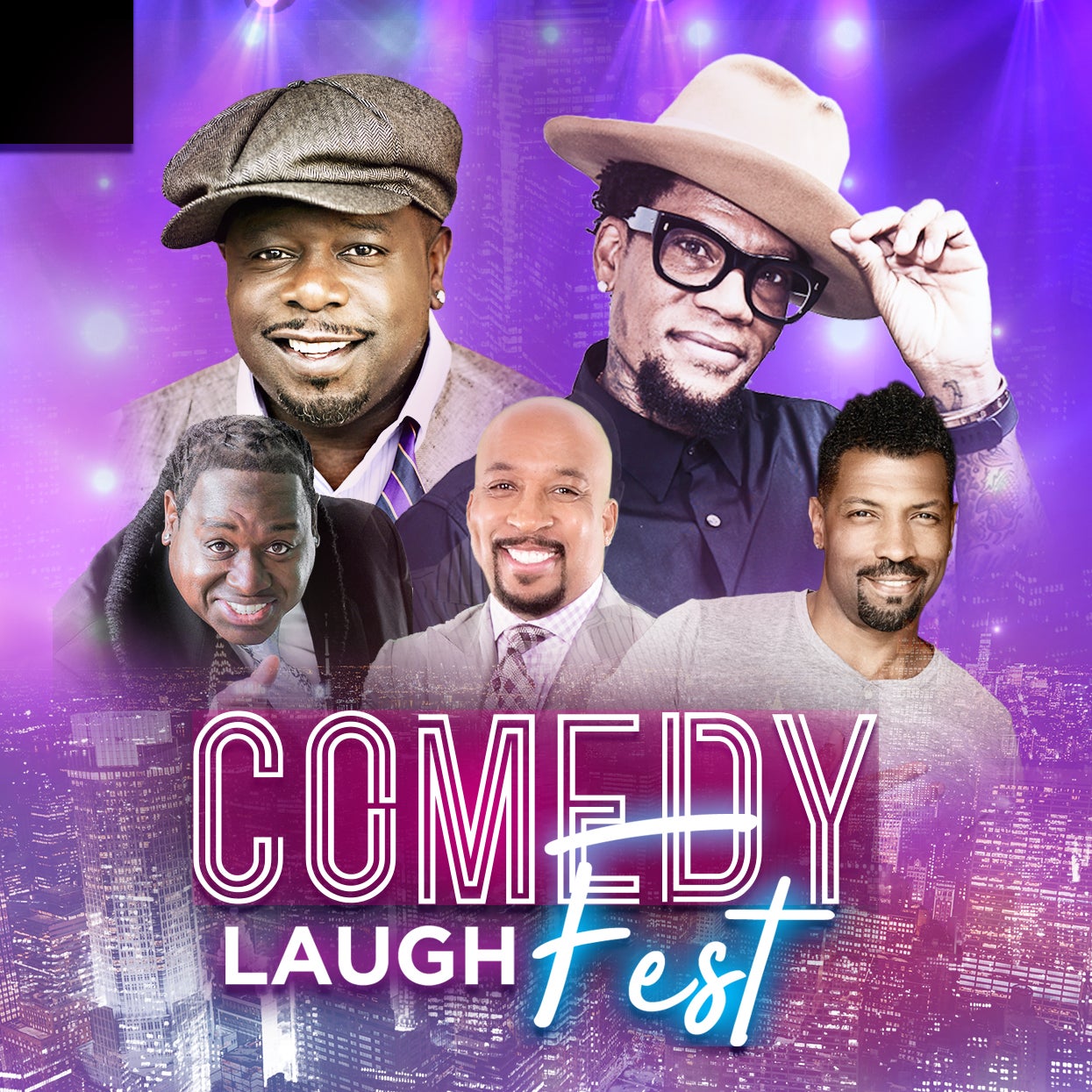 Urban Vibe Entertainment is proud to bring the Comedy Laugh Fest to the Atlanta State Farm Arena, Sunday, December 29th, 2019. This show brings a night full of humor with Cedric The Entertainer, D.L. Hughley, Bruce Bruce, Nephew Tommy and Deon Cole, some of best comedians in the industry.

Cedric the Entertainer is an actor, comedian, and game show host. He’s hosted BET's “ComicView” and “Def Comedy” and is best known for co-starring with Steve Harvey on The WB sitcom “The Steve Harvey Show", one of “The Original Kings of Comedy”, and starring as Eddie Walker in film “Barbershop”.  Cedric has hosted the 12th season of “Who Wants to Be a Millionaire” and starred in the TV Land series “The Soul Man”. He’s done voice work in the films “Ice Age”, “Charlotte's Web” and “Planes”.  In 2019, he received a star on the Hollywood Walk of Fame.

Bruce Bruce is an actor and stand-up comedian. He caught the eye of BET’s “Coast to Coast” comedy showcase when the then-chef shared jokes he’d been serving up with his barbecue. Since then, he’s appeared on HBO’s “Def Comedy Jam” and “Showtime at the Apollo”, as well as a two-year stint hosting BET’s ComicView. You can find Bruce on Syfy’s “Superstition,” and “Shaquille O’Neal’s Comedy All Stars” on Showtime.

D.L. Hughley is an American actor, political commentator, radio host, author and stand-up comedian.  He is best known as the original host of BET's ComicView, star on the ABC/UPN sitcom “The Hughleys”, and one of the “The Original Kings of Comedy”.  He’s also been the host of CNN's “D. L. Hughley Breaks the News”, a correspondent for “The Jay Leno Show” on NBC.  He currently serves as host of “The D.L. Hughley Show” on TV One.

Nephew Tommy is a comedian, actor and producer.  Thomas' role as co-host of the nationally syndicated Steve Harvey Morning Show puts him in front of a live radio audience of more than 8 million listeners daily. He’s starred in various films including "Think Like A Man","Baggage Claim;" and "Madea's Halloween".  In 2018 Thomas served as the host for the Oprah Winfrey Network's hit dating show "Ready to Love".

Deon Cole is a comedian, Emmy-nominated writer and guest correspondent on Conan. He’s been featured on Def Comedy Jam, Showtime at the Apollo, the ABC hit series Black-ish and ABC Family’s “Grownish”.  He also starred the film in Barbershop: The Next Cut and TV show “Angie Tribeca”. He is currently in a television ad campaign for Old Spice body wash.