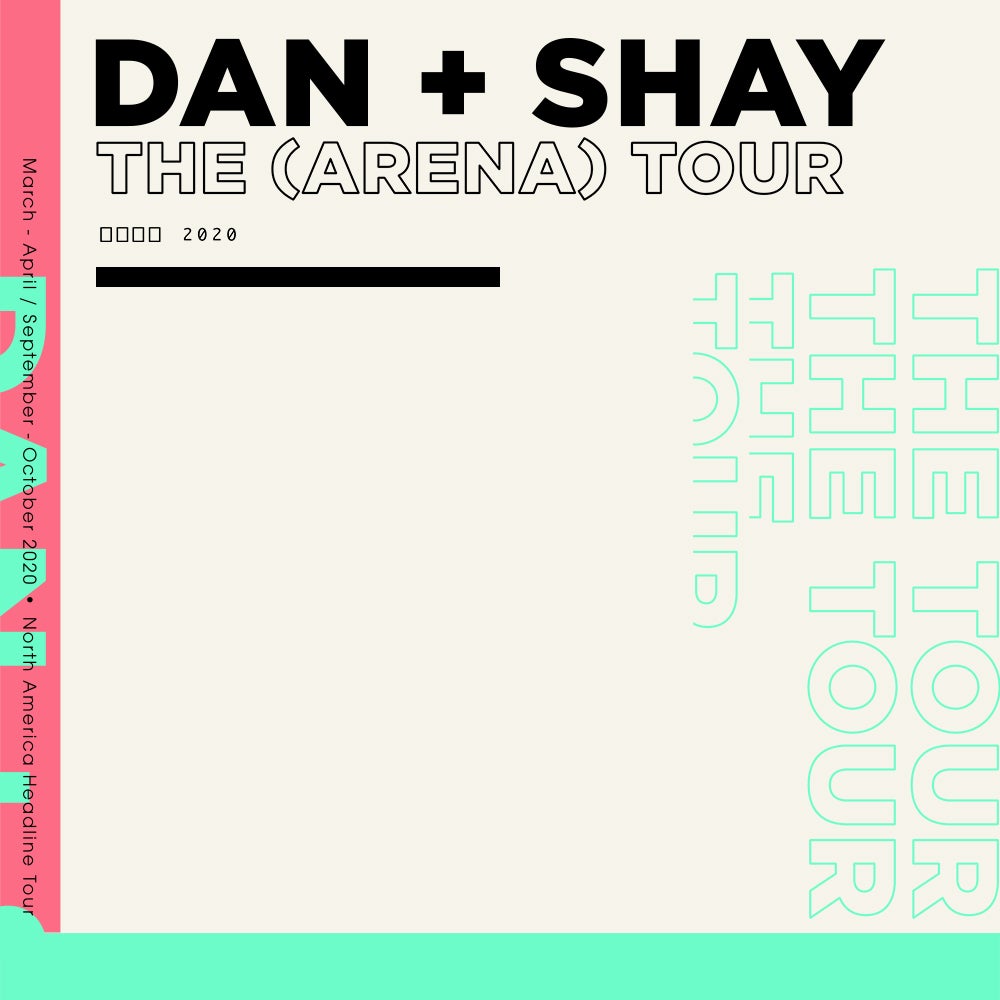 Dan + Shay continue their rapid rise and are taking the music world by storm. The last twelve monthshave seen GRAMMY, Billboard, ACM, CMT, and Teen Choice Award wins–most recently snaggingseveral CMA Awards nominations, theaccumulation of over two billion on-demand career streams,several mega-hit, chart-topping songs, and more. The pair have already sold out headlining US & UKtours in 2019, where they performed from their ever-expanding array of hits, including their mostrecentchart-topper, “All To Myself,” their 2x-Platinum, multi-week No. 1 single “Speechless”, and the most-streamed song released in 2018, multi-Platinum, multi-week No.1 global smash, “Tequila.” All three arefeatured on Dan + Shay, which has sold morethan one million album equivalents and debuted at No. 1 onBillboard’s Top Country Albums chart the same week “Tequila” reached No.1 on the Country Airplaychart, marking the first time since 2009 that a duo or group has topped both charts simultaneously.Dan +Shay made SoundScan recorded history as the first new country duo to debut at No. 1 on Billboard’sCountry Albums Chart with their Gold-certified first album, Where It All Began. Their cataloguecomprises three albums, including Where It All Began, Obsessed, and Dan + Shay, six Platinum singles,including the duo’s debut “19 You + Me,” and their six No. 1 hits: “Tequila,” “Speechless,” “All ToMyself,” “Nothin’ Like You,” “From The Ground Up” and “How Not To.”