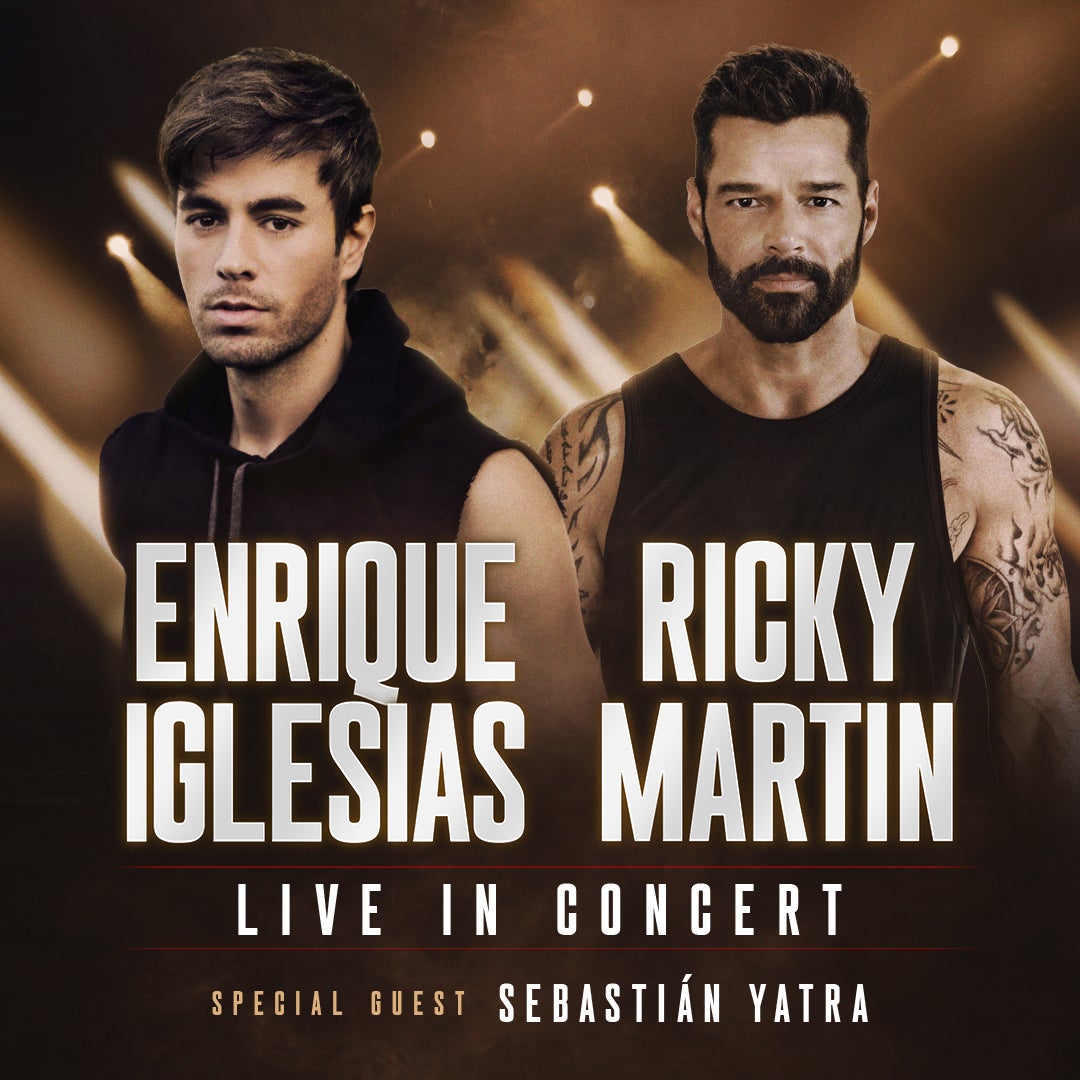 GRAMMY Award-winning, multi-platinum powerhouse artists Enrique Iglesias and Ricky Martin are hitting the road together for the first time ever. The global superstars have built unstoppable solo careers with dozens of #1 songs and millions of albums between them, and are now joining forces live in concert this fall. Fans can expect to hear renowned hits from two of the biggest names in pop and Latin music on their historic North American arena tour. Latin music’s newest sensation Sebastián Yatra will join the outing as special guest. The GRAMMY nominee has become one of the most powerful Latin pop artists of his generation.