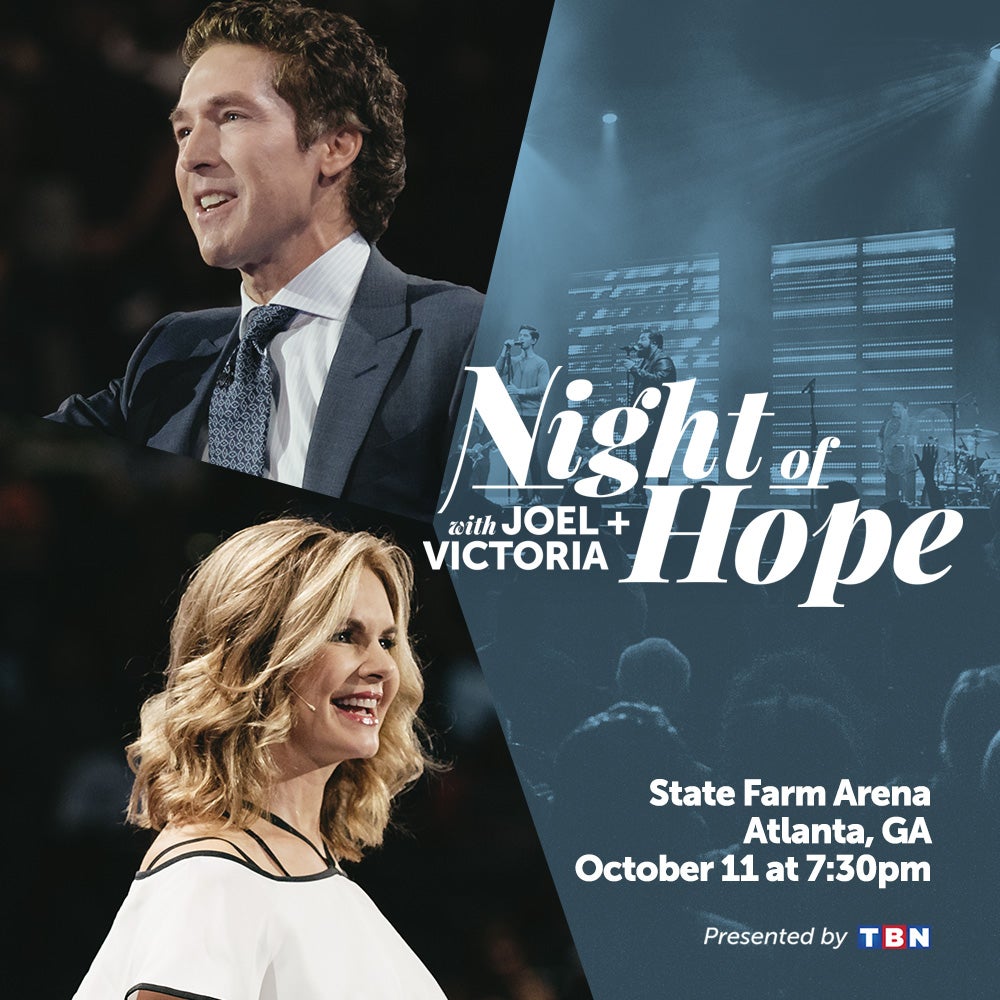 Joel and Victoria will be in Atlanta, GA to hold “A Night of Hope” at State Farm Arena Friday, October 11.  On July 9, 2004 Joel and Victoria held their first Night of Hope at this very arena. Since then, hundreds of thousands have filled arenas and stadiums across America to hear a message of hope.

Joel Osteen reaches one of the largest audiences in the U.S. and across the globe.  Millions of people worldwide are inspired through his weekly television broadcasts, New York Times bestselling books, worship events, popular weekly podcast and now Joel Osteen Radio on SiriusXM channel 128.  Joel and Victoria are the pastors of America’s largest church and one of the most diverse - the 50,000 strong Lakewood Church in Houston, Texas.

This Night of Hope will bring together people of all different backgrounds from across the region for an exciting time of praise and worship where lives are changed and hope is restored.  Joel’s appeal is universal, allowing him to crossover to audiences that are diverse racially, politically and socioeconomically.  His ability to speak directly to individuals and to connect personally with them is virtually unmatched today.  And, his simple message that God cares deeply for each of us and empowers us to overcome and succeed resonates with millions, bringing hope and encouragement to a world that desperately needs it.