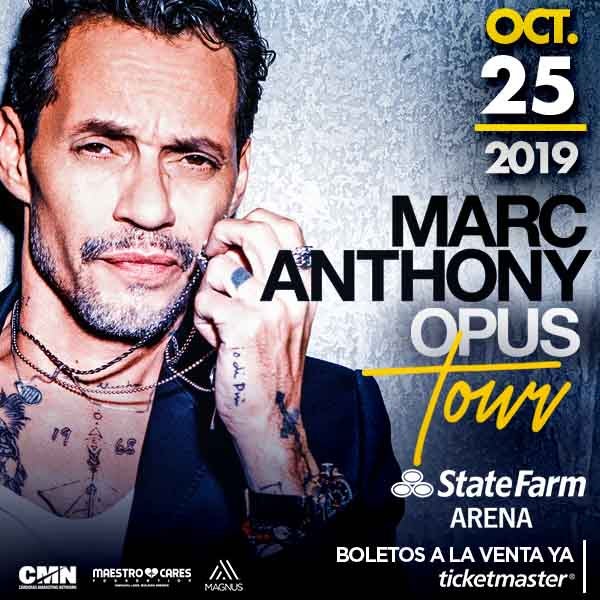 Marc Anthony is one of the most influential artists of his time and a true ambassador of Latin music and culture. He has received countless gold and platinum certifications from the Recording Industry Association of America (RIAA) and has been credited with over 30 Billboard chart hits and over 4.7 Billion views on YouTube. His latest album, Marc Anthony 3.0, released July 23, 2013, has received an

Just days after the official announcement of his new studio album “OPUS”, Marc Anthony is announcing dates for the OPUS U.S. Tour  which includes a stop at State Farm Arena in Atlanta on Friday, October 25th.

Tickets for the general public are available May 10th.