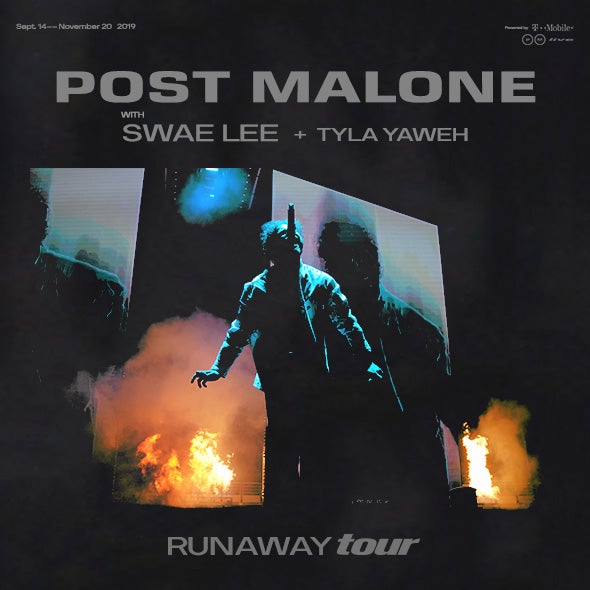 Swae Lee and Tyla Yaweh will appear as special guests on all of  the Runaway Tour dates. Full routing can be found below.

Post Malone’s star continues to rise with the debut of his latest single “Goodbyes,” ft.Young Thug which became an instant hit after its Fourth of July release. This past March, “Wow.” peaked at number two on the Billboard Hot 100, becoming Post Malone’s sixth top 10 single. At the end of 2018, “Sunflower” was featured in the Oscar-winning film Spider-Man: Into the Spiderverse and ultimately hit number one on the Billboard Hot 100. The anthemic song features the Runaway Tour’s special guest, Swae Lee. Post Malone released his Grammy nominated sophomore album, beerbongs & bentleys, in 2018, which debuted at number one on the Billboard 200 and is certified triple Platinum by the RIAA.