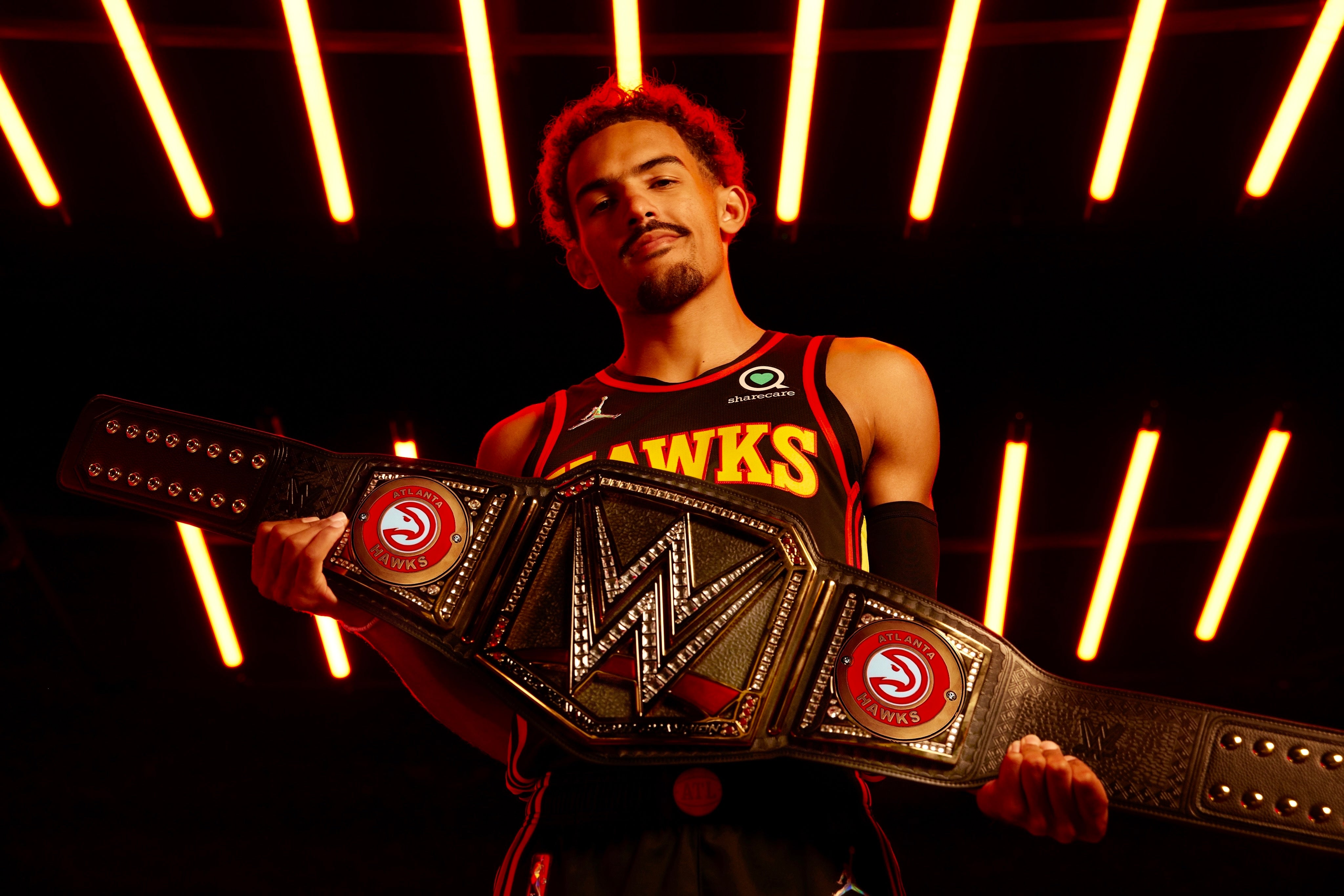 Available exclusively at the main Hawks Shop across from Gate 2 at State Farm Arena, the limited-edition WWE Championship title dons a massive WWE logo on the front with the option of custom Hawks side plate sets, which features the primary Hawks logo. In addition, the Hawks Shop will also be offering “HAWKS 3:16” shirts to purchase, a shirt which pays homage to WWE Hall of Famer Stone Cold Steve Austin’s iconic catchphrase. These items will be available to purchase at the Hawks Shop beginning this Monday, Dec. 27 while supplies last.

“We are thrilled to be partnering with such an iconic entertainment brand to provide Hawks fans with some cool merchandise in the lead up to WWE Day 1,” said Hawks and State Farm Arena Chief Executive Officer Steve Koonin. “We believe that this title is the perfect gift for fans who visit State Farm Arena for both Hawks’ and WWE events.”

WWE has a long-standing tradition of creating custom WWE Championship titles as gifts for top athletes and championship-winning franchises around the world. After its debut on social media during the Hawks’ annual Media Day in September, the Hawks and WWE worked together to create a championship perfect for the fan who loves both the Hawks and WWE.

“Steve Koonin and the Hawks organization have done a phenomenal job creating excitement for the events they host at State Farm Arena,” said Scott Zanghellini, WWE Senior Vice President, Revenue Strategy & Development. “This collaboration aims to provide fans with something that’s a unique crossover between WWE and the great sports and entertainment city of Atlanta. We’re looking forward to a sold-out event next week.” 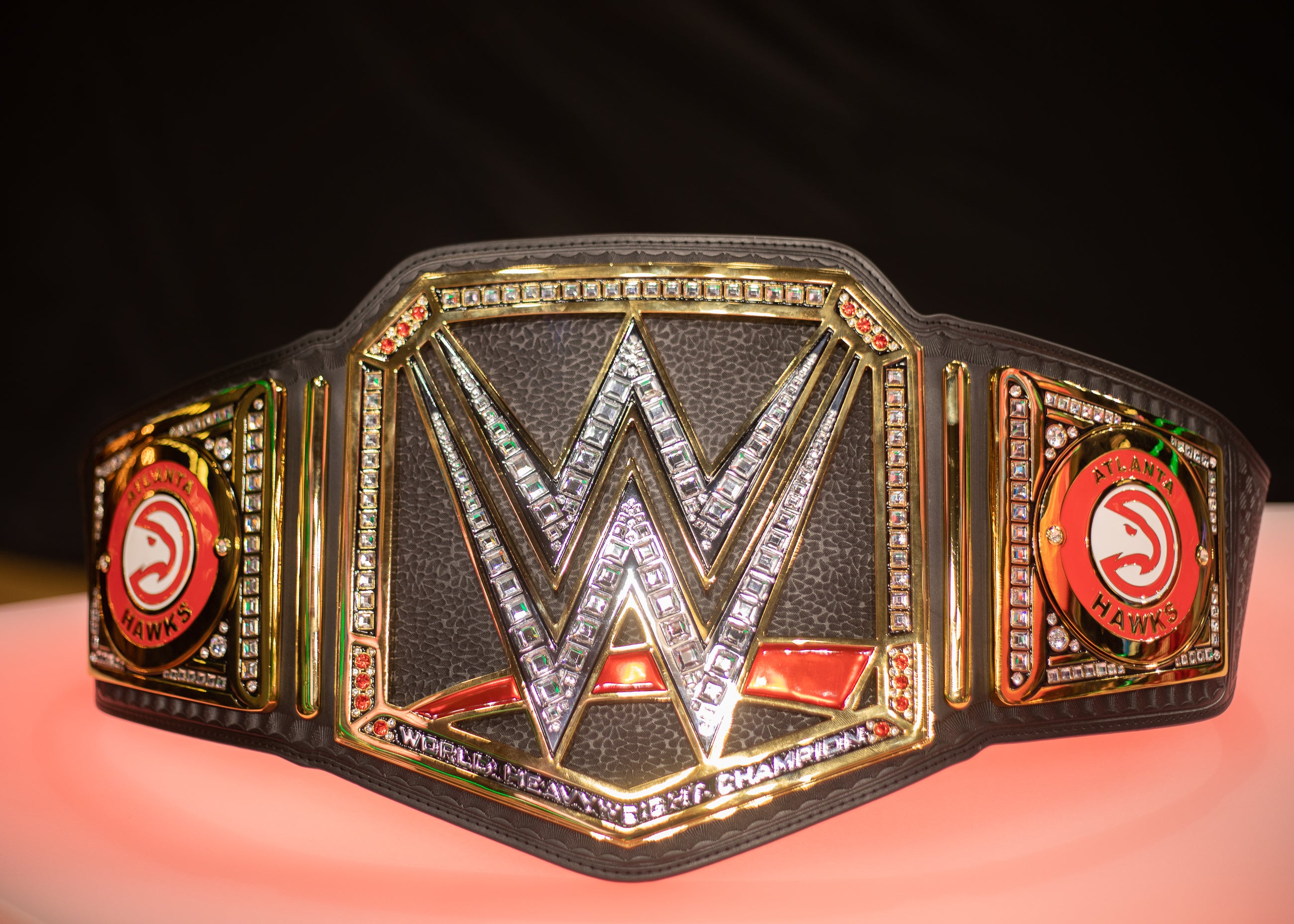 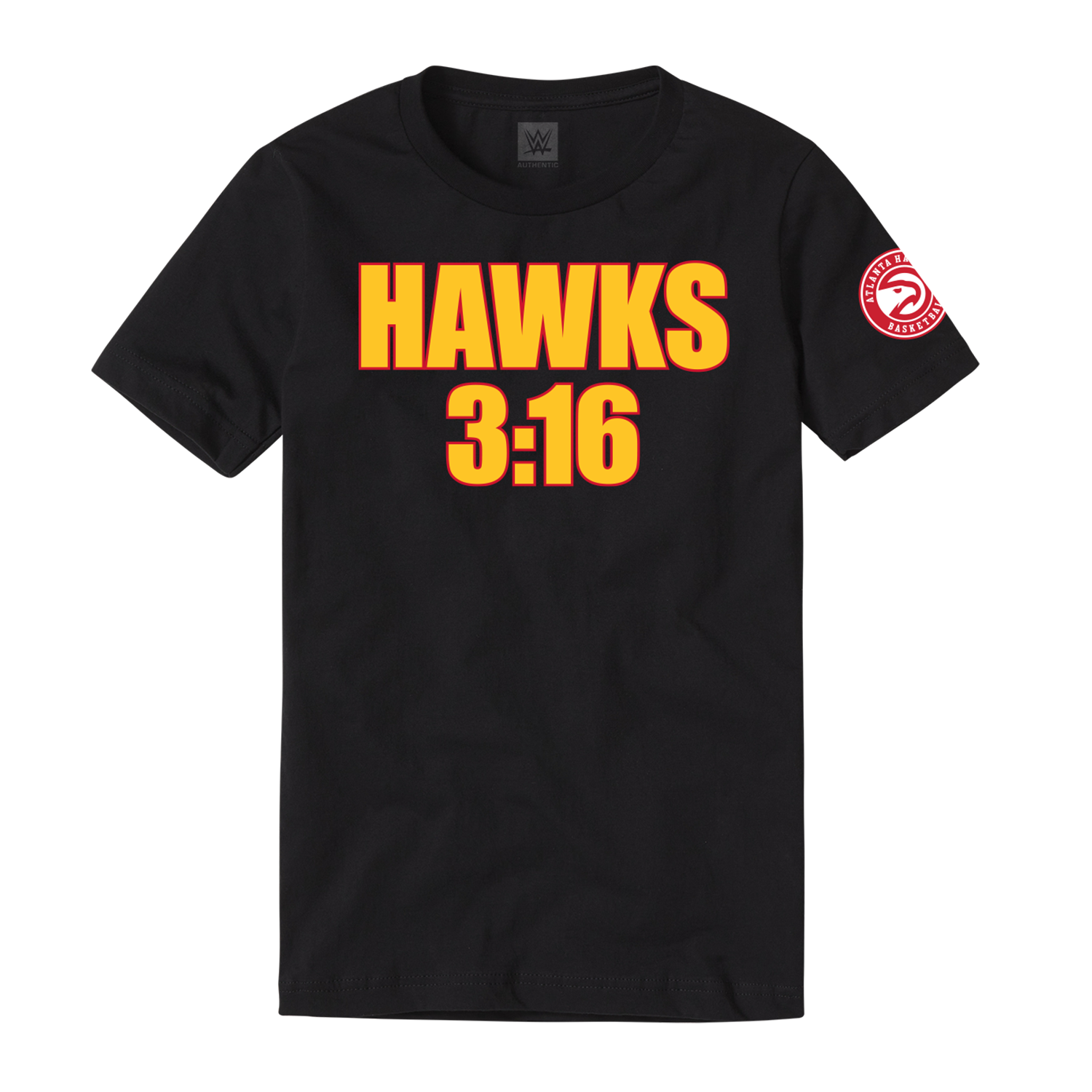